The following is a blog post from Mermade Moments featuring Crema’s delicious brunch!

If you’re hungry, leave now. This post is about to get real delish, real quick.

This past weekend, J and I went with our roommates to Crema in Pacific Grove (PG). I actually worked across from this adorable restaurant for MONTHS when we first moved to Monterey and since they were technically competition, I never ate there. I have one word for you. Regret. Holy crap, this place is good. 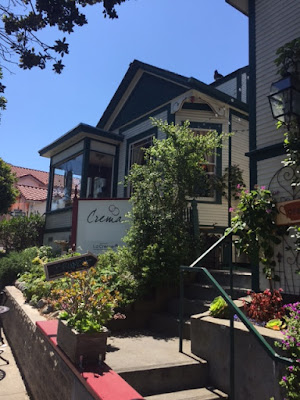 Crema is a cafe/restaurant/coffee shop/catering company. They have it all. It’s set up in an old house and feels really homey. Not cluttery or anything – simple and comfortable.

We went for brunch on a Saturday. There was no wait. The staff was friendly. I had to decide between 5 things on the menu. That never happens to me. We all got something different and we were all very pleased. 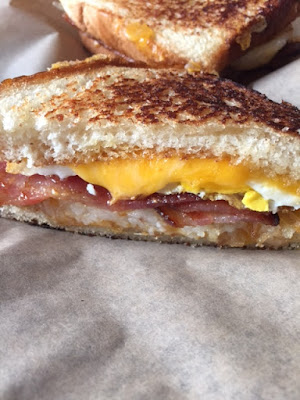 I had the Good Morning Sunshine Breakfast Sammy. It was grilled texas toast with fried eggs, cheese, bacon, and hash browns! My dream. The bacon was thick and delicious. The hash browns were perfectly cooked. The toast was golden brown. The cheese was cheesy and delicious of course. 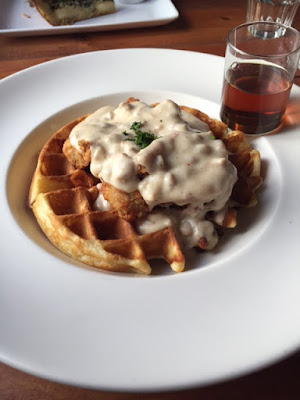 Jarad had the Chicken and Waffles with Spicy Sausage Gravy. I had a bite and it was great!!! I was worried about the meal being soggy, but it wasn’t at all! The chicken was boneless, which I love. The gravy was perfectly spiced without being burn your mouth off hot. 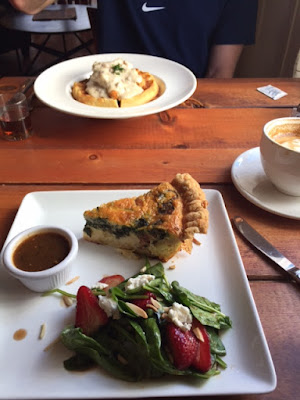 Evan had the classic quiche Lorraine (spinach, mushrooms, ham and swiss) with a strawberry spinach salad. He described the dish as “pleasant” to eat. The quiche came with a side of homemade salsa. Yummmm. 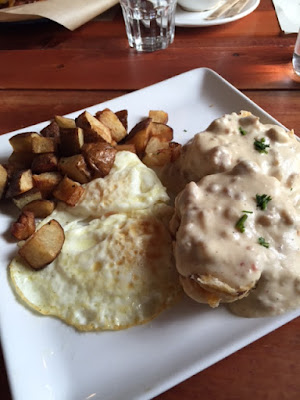 Beth had the Cheddar and Bacon Biscuits and Gravy. Those biscuits looked SO GOOD. You could see the chunks of real bacon! I’m talking dime sized pieces of bacon. The gravy was the same as Jarad’s and delicious. She had potatoes with hers and they were yum! They were perfectly cooked. I can appreciate that.

We were all really impressed with our meals. Our total before the tip was $65. Four meals, two medium lattes, a cup of coffee, and a pot of tea! I think that’s an awesome price. 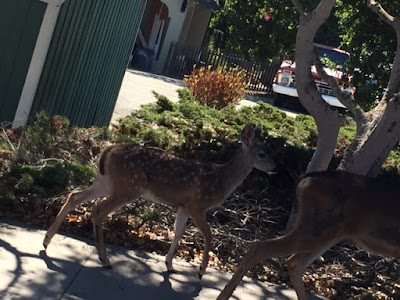 Plus, we spotted this deer family on our way in. It doesn’t get much better than that. 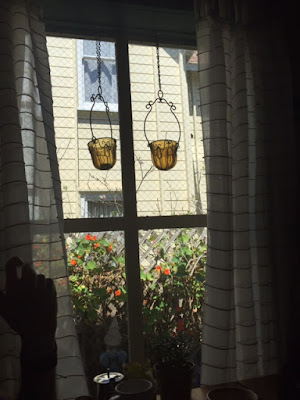 Join our team at the @grillatpointpinos! Come wor

Reposting for the @grillatpointpinos! Come work

Posting for the @grillatpointpinos! Now Hiring B

#repost @grillatpointpinos ・・・ Do you have a

We spy another #cremafavorite being served up at t

Another #cremafavorite being served up at the @gri

Another Crema Favorite now being served at the @gr

#repost @grillatpointpinos ・・・ Mimosas are b

Check out the NEW Happy Hour debuting this Friday

The @grillatpointpinos is now serving up your favo

#repost @grillatpointpinos ・・・ Hop on over t

Meanwhile, over at the @grillatpointpinos... #rep

Happy Weekend Cremlins! Take a moment to check out

Are you missing our famous Huevos Rancheros?? Well